Humans learn from their past experiences and machines follow instructions given by humans but, what if humans can train the machines to learn from their past data and do what humans can do to act much faster, this is machine learning. Similarly, it is a lot more than just learning, it is also about understanding and reasoning.  here we will learn about the basics of machine learning. Moreover, these machines need to be programmed before they follow instructions.

Machine learning is the core of many literalistic technological advancements. In our world today, you can see various examples are implemented, we know machine learning around us such as;

What is machine learning?

Machine learning is a subfield of artificial intelligence that focuses on the design of systems, that can learn from and make decisions and predictions based on the experience which is data in the case of machines. Machine learning enables computers to act and make data-driven decisions, rather than being explicitly programmed to carry out a certain task. These programs are designed to learn and improve over time when exposed to new data.

One of the biggest confusions of the people in the world is, that all the three, artificial intelligence, machine learning, and deep learning all the same.

Artificial intelligence is a broader concept of machines being able to carry out tasks in a smarter way, it covers anything which enables the computer to behave like humans. A famous test was brought up which is called a Turing test. Turing test was brought up to determine whether a computer is capable of thinking, as a human being or not. If you’re talking to Siri on your phone and you get an answer you’re already very close to it.

Machine learning is a subset of the current application of AI. It is based on the idea that we should be able to give machines access to data and let them learn from themselves. It’s a subset of artificial intelligence, that deals with the extraction of patterns from data sets. This means that the machine can not only find the rules for optimal behavior but also can adapt to the changes in the world.  Even the advances in computer science and parallel computing can now scale up to massive data volumes.

How does machine learning work?

Let’s suppose a boy named paul. Paul loves listening to new songs he either likes them or dislikes them. Paul decides this based on the song’s tempo, genre, intensity, and the gender of voice for simplicity. Let’s suppose a graph, (just considering tempo and intensity) so let’s suppose tempo is on the x-axis ranging from relaxed to fast. And intensity is on the y-axis ranging from light to soaring. Paul likes the song with a fast tempo and soaring intensity. And he dislikes the song with a relaxed tempo and light intensity. Paul’s choices are clear. Let’s say, paul listens to a new song. We name it song A; song A has a fast tempo and soaring intensity. 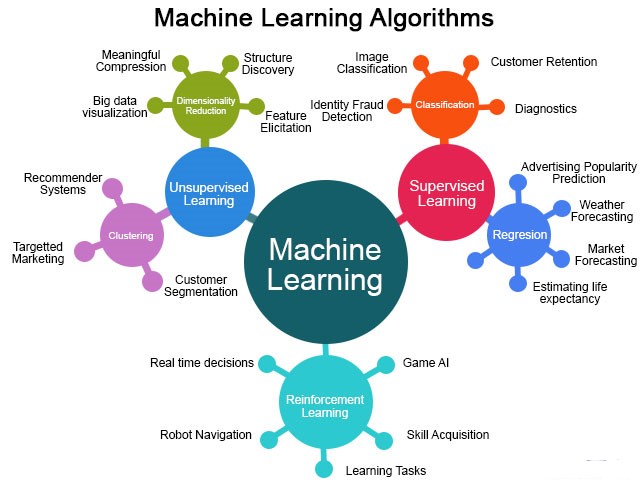 So, it must be lying in the mid of the graph at some distance from the x-axis and y-axis. A prediction can be made that paul likes this song, by looking at all past choices. It is clear that here we can classify the unknown song very easily. Now let’s say, paul listens to a new song, song B. Song B might be lying there in the graph with medium tempo and medium intensity. Neither relaxed nor fast, neither light nor soaring. Now, we can’t guess whether Paul will like it or dislike it, because the choices are unclear.  We could easily classify song a, but when the choices were complicated as in the case of song B. And here is where the machine learning steps in.

There are 3 ways (types/models) in which the machine learns, which are as below,

Let, a person has 1,000,000 coins of three different currencies of 1.00 rupee, €1.00, and one dirham. Each coin has different weights, for example, a coin of 1 rupee weighs 3 grams, one euro weighs 7 grams and one dirham weighs 4 grams. Your model will predict the currency of the coin.

when this data is fed to the machine learning it learns which feature is associated with which label. For example, it will learn that if a coin is with three grams, it will be a 1-rupee coin. When a new coin is given to the machine, based on the weight of the new coin the model will predict the currency. Similarly, supervised learning uses labeled data to train the model. Here the machine knew the features of the object and also the labels associated with those features. Suppose, the cricket data set of various players with their respective scores, and wickets taken is present. When this data set is fed to the machine, the machine identifies the pattern of performance. And drops this data with the respective wickets on the horizontal axis, while running on the vertical axis. It is prominent that data, has two clusters;

Importance of unsupervised learning in the field of machine learning

Unsupervised learning also helps obtain a lot of information, about its working. Unsupervised learning algorithms work on unlabeled datasets, which can find patterns that may not be previously known.  These patterns help in categorizing the elements or finding an association between them. They can also help aspect anomalies and defects in the datasets, that are collected.

Lastly and most importantly data which is collected is usually unlabeled, which makes the work easier when one has to use these algorithms. Thus, we must understand the importance of unsupervised learning because this will help us decide whether these algorithms are the ones that we need so that we can solve our problems.

the types of unsupervised learning are also broken down, and more precisely it is broken down into two parts. Which are;

Learn more about the difference between Supervised and Unsupervised learning

It is reward-based learning or, we can say that it works on the principle of feedback. Here let’s say that the system is provided with an image of a dog and ask it to identify it. The system identifies it as a cat, and when the negative feedback is given to the machine saying that it is a dog’s image. The machine will learn from the feedback and finally, if it comes across any other image of a dog, it will be able to classify it as correct which is reinforcement learning. 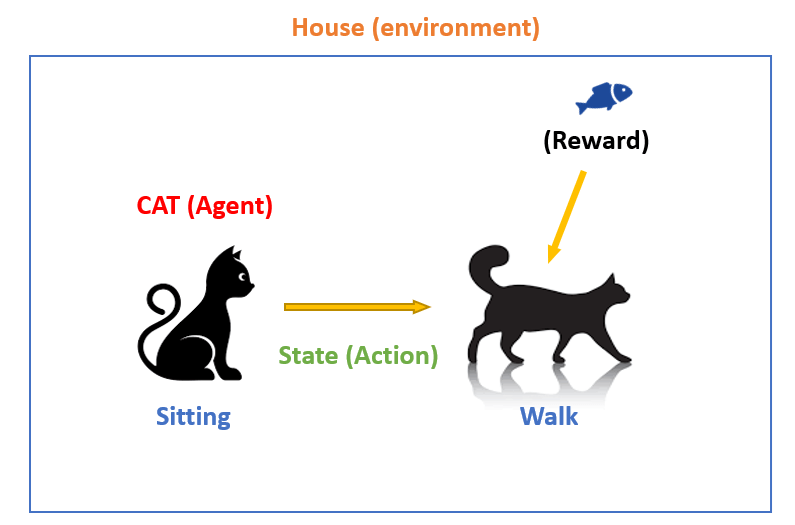 To generalize the machine learning model let’s summarize in such a way that,

As a final result, we provide feedback to the training model and ask it to predict until it learns.

Following are the applications of machine learning;

PA duties can include everything from helping with time and daily management to the scheduling of meetings, correspondence, and note-taking. The Personal Assistant can also expect to answer phone calls, take notes, schedule meetings, and send emails on behalf of your manager as well as organize events.

Amazon Alexa, also known simply as Alexa, is a virtual assistant technology largely based on a Polish speech synthesizer named Ivona, bought by Amazon in 2013. It was first used in the Amazon Echo smart speaker and the Echo Dot, Echo Studio, and Amazon Tap speakers developed by Amazon Lab126.

Now we have all used one of these at least at some point in our lives. Similarly, Cortana and Siri are also some examples. These tools help improve our lives in a large number of ways, for example

These things work in such a way that, first they record whatever a person is saying then send it over to a server which is usually in a cloud decoded with the help of machine learning and neural networks, and then provide us with output. Hence, these systems don’t work very well without the internet that’s because the server couldn’t be contacted.

The projects of machine learning

The past years have seen a lot of great examples for machine learning, and many new high-impact applications of the machine learning world were discovered and brought to light. Especially,

Traffic predictions on Google Maps are because of machine learning. Similarly, if someone wants to travel from Buckingham palace to the lord’s cricket ground. the first thing a person will do is to get on google maps and search the location. It will show marks of different colors on different spots on roads. Yellow spots will show the heavily congested area, red will show the slow-moving area and blue will show the clear area. Google map is able to tell traffic is clearly slow-moving or very congested. So, this is machine learning, and with the help of two important measures 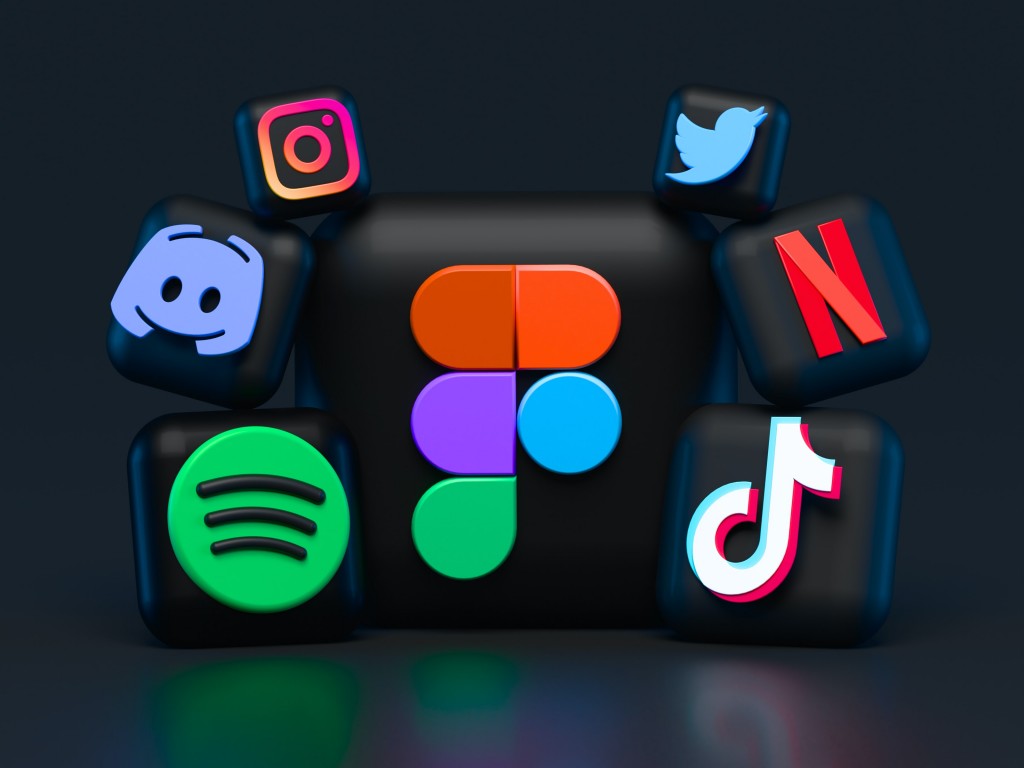 Therefore, with the help of machine learning, Google is understood that the person is interested in buying this product. Hence Google is targeting the particular person with the advertisements.

In the Gmail of a person, there is a spam email in the spam folder of Gmail. How does google know which email is spam and which one is not?  Gmail has an entire collection of emails that are entitled as spam. machine-learning enables Gmail to find some specific characteristics in spam emails and keeping these characteristics Gmail can differentiate the spam emails from the real emails. This happens when the new coming mail gets filtered from the spam filtering sensors.

Some of the popular spam filters that Gmail uses is

Machine Learning: What it is and why it matters

What Is Machine Learning and Why Is It Important?

What Is Machine Learning? A Definition.

This article was written and Optimized by Omar A. Malik. He’s an SEO Content Specialist and a Web Developer. Visit LinkedIn profile for more details. Omar A. Malik