How To Become A Blockchain Developer?

How To Become A Blockchain Developer? 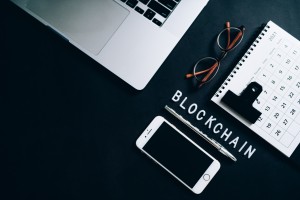 Blockchain technology has the potential to transform the way the digital world handles data and conducts business. Initially developed to support Bitcoin, Blockchain is demonstrating a level of versatility and security that has piqued the interest of many sectors of business and government, prompting them to begin putting it to use.

With that in mind, it stands to reason that if you want to start a career with a lot of room for advancement and a dynamic new technology that’s just getting started, you should consider becoming a Blockchain developer.

What Does a Blockchain Developer Do?

The wise but concise answer is: a Blockchain developer creates Blockchains! That was a piece of cake!

What do we mean by “others”? That is, of course, the Blockchain Software Developers, who use the Developer’s core web architecture to create apps, specifically the decentralized (dapps) and web varieties.

Perhaps there will be cases where the same person fills both roles, most likely in small businesses where people traditionally wear more than one hat.

In any case, the Blockchain developer’s daily responsibilities and roles are as follows:

The responsibility of the Blockchain developer is to create innovative solutions to difficult problems, such as solutions for command and control and high integrity. The developer also performs complex analysis, design, development, testing, and computer software debugging for specific product hardware or business technical service lines.

Performs software development, operating system integration, and computer system selection. Finally, they work on multiple systems and must be familiar with one or more platforms and programming languages.

How Can One Become a Blockchain Developer?

So, with all of these responsibilities, the question arises: how does one train someone with the necessary skills to allow them to rise to the challenge of Blockchain development? There are two distinct situations at play here. There are Blockchain hopefuls who are starting from scratch, with no programming experience, and those who have experience in careers that are similar to Blockchain.

If you like this article and want to read about tech related stuff, then you should check out our blog for more.