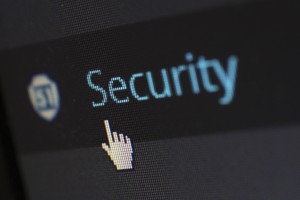 People who work in cyber security are always protecting computer systems from different kinds of cyber threats. Every day, cyber attacks happen to businesses and private systems, and the number and types of attacks are steadily growing.

There are numerous reasons for cyber attacks. The first is money. Cyber attackers may take a system offline and demand cash to reactivate it. Ransomware, a type of malware that demands money to restore services, is more sophisticated than ever.

Individuals are also targets of cyber attacks, often because they keep sensitive information on their mobile phones and use insecure public networks.

What Is a Cyber Security Threat?

A cyber security threat is any possible attack that is meant to get unauthorized access to data, stop digital operations, or affect information. Cyber threats can come from a number of places, such as corporate spies, hacktivists, terrorist groups, hostile nation-states, criminal organizations, lone hackers, and employees who aren’t happy with their jobs.

In the past few years, sensitive information has been leaked as a result of a number of high-profile cyber attacks. For example, the Equifax breach of 2017 put the birth dates, addresses, and Social Security numbers of about 143 million consumers at risk. In 2018, Marriott International said that hackers had broken into its servers and stolen the personal information of about 500 million customers. In both cases, the cyber security threat was made possible because the organization didn’t set up, test, and retest technical protections like encryption, authentication, and firewalls.

Malware is defined as malicious software, which includes spyware, ransomware, viruses, and worms. Malware is activated when a user clicks on a malicious link or attachment, which causes dangerous software to be installed. According to Cisco, once triggered, malware can:

Emotet is described as “an advanced, modular banking Trojan that primarily works as a downloader or dropper of other banking Trojans” by the Cybersecurity and Infrastructure Security Agency (CISA). Emotet remains among the most expensive and damaging malware.”

A denial of service (DoS) attack is a sort of cyber attack that overloads a computer or network, rendering it unable to respond to requests. A distributed denial of service (DDoS) assault does the same objective, but the attack begins on a computer network. A flood attack is frequently used by cyber attackers to interrupt the “handshake” procedure and carry out a DoS. Other approaches may be utilized, and some cyber attackers may use the time that a network is down to launch other attacks. According to Jeff Melnick of Netwrix, an information technology security software company, a botnet is a sort of DDoS in which millions of devices can be infected with malware and controlled by a hacker. Botnets, also known as zombie systems, attack and overwhelm a target’s processing capacity. Botnets are spread around the globe and difficult to track down.

4. Man in the Middle

When hackers inject themselves into a two-party transaction, this is known as a man-in-the-middle (MITM) attack. According to Cisco, after disrupting communications, they can filter and take data. MITM attacks are common when a visitor connects to an unsecured public Wi-Fi network. Attackers place themselves between the visitor and the network, then use malware to install software and manipulate data.

Phishing attacks use forged communication, such as an email, to deceive the recipient into opening it and following the instructions contained within, such as submitting a credit card number. “The purpose is to steal sensitive data such as credit card and login information or to implant malware on the victim’s laptop,” according to Cisco.

A Structured Query Language (SQL) injection is a form of cyber attack that occurs when malicious code is inserted into a SQL server. When a server is infected, it releases data. Entering the malicious code into a susceptible website search box might be as simple as that.

A cyber attacker can gain access to a lot of information with the correct password. Data Insider defines social engineering as “a tactic cyber attackers utilize that depends primarily on human connection and frequently entails luring people into breaching basic security standards.” Accessing a password database or guessing are two other sorts of password assaults.

If you are interested in more tech-related stuff then you can check out our blog for more articles and tutorials here.