What is C++? (Programming Language)

What is C++? (Programming Language) 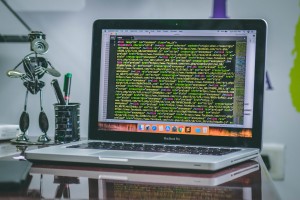 C++ is an object-oriented programming language that can be used for many things. It was produced around 1980 by Bjarne Stroustrup at Bell Labs. C++ is very much like C. (invented by Dennis Ritchie in the early 1970s). C++ is so similar to C that probably over 99% of C programs can be compiled without changing a single line of source code. As an OOPs-based language, C++ is much better organized and safer than C.

Some computer languages are made for a certain task. Java was first made so that toasters and other electronic devices could be controlled. C was made so that the OS could be programmed. Pascal was made to teach people how to program correctly. But C++ can be used for many different things. It’s simple to see why it’s called the “Swiss Army Knife of Languages.”

The answer depends on your point of view and what you need. Some things can be done in C++, but not very quickly. As an example, designing GUI screens for applications.

Other languages, like Visual Basic and Python, have GUI design elements built right into them. So, they are better suited for GUI type tasks.

Some of the scripting languages that add more programmability to applications. MS Word and even Photoshop tend to be based on Basic, not C++.

C++ is still used a lot, and some of the most famous software is built on C++.

Some of the most widely used systems today have important parts that were written in C++.

Many programming languages use C++ because of how well it works and how reliable it is. Examples include:

Use of C++ Programming Language

Here are some of the best ways to use C++ Programming Language:

Whether it’s Microsoft Windows, Mac OSX, or Linux, all of them have some parts that are written in C++. It is the core of all well-known operating systems. C++ is a fast and strongly typed programming language, which makes it a great choice for making an OS.

C++ is often used to program game development engines because it is one of the fastest programming languages. C++ makes it easy to control hardware resources, and it can also use procedural programming for tasks that use a lot of CPU time.

C++ is used to make the rendering engines of different web browsers because it is fast.

C++ is the main programming language for many high-level libraries. For example, many Machine Learning libraries use C++ in the backend because it is fast.

Infosys Finacle, which is one of the most widely used core banking systems, uses C++ as its backend programming language. Banking apps have to handle millions of transactions every day, so they need support for high concurrency and low latency.

File systems in cloud storage are scalable and work close to the hardware. Because of this, C++ is the best choice for Cloud systems.

C++ is the main programming language for many embedded systems, such as medical machines, smartwatches, etc.

If you are interested more in tech-related stuff then you can check out our blog for more articles and tutorials here.