What is Metaverse? What’s All The Hype?

Home/Metaverse/What is Metaverse? What’s All The Hype?
Previous Next

What is Metaverse? What’s All The Hype? 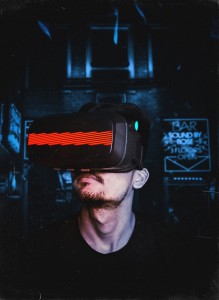 The term “metaverse” is all over the place. Microsoft cited the so-called metaverse as a reason for paying $68.7 billion for game developer Activision Blizzard, claiming that the deal would provide “building blocks for the metaverse.” Mark Zuckerberg, the founder of Facebook, has also bet on the metaverse and renamed his social networking company Meta. For years, Google has been working on metaverse-related technology. And Apple is working on its own related devices.

But what exactly is the metaverse, and does it even exist? Here’s what you should know.

The metaverse is the convergence of two ideas that have been around for many years: virtual reality and a digital second life.

For decades, technologists have imagined a world in which our virtual lives are as important as our physical ones.

In theory, we would spend a lot of time in virtual space interacting with our friends and colleagues. As a result, we’d spend money there as well, on outfits and items for our digital avatars.

In what techies like Mr. Zuckerberg call the metaverse, virtual reality serves as a computing platform for living a second life online. In virtual reality, you wear a headset that immerses you in a 3-D environment. You carry motion-sensing controllers to interact with virtual objects and use a microphone to communicate with others.

Matthew Ball, a venture capitalist who has written extensively about the topic, said the metaverse represented the fourth wave to computers, following mainframe computing, personal computing and mobile computing.

That’s it? It’s you and your avatar interacting with others in a digital environment?

To put it simply, yes.

What does Activision Blizzard build for the metaverse?

Truth be told, not too much.

Activision Blizzard is well known for making online games that have a metaverse component, where players spend hundreds of hours forming communities within the games. In its role-playing game World of Warcraft, released in 2004, gamers worked together online to complete quests in an effort to make their digital avatars stronger by collecting items like weapons and armours.

But the company has not dabbled in virtual reality. It has primarily made games for personal computers and game consoles but has yet to release a virtual reality game.

What is Microsoft building for the metaverse?

So far, Microsoft’s work on the metaverse has been nascent.

For several years, the software giant has developed the HoloLens, a $3,500 headset that shows digital holograms, with a focus on applications for businesses and government agencies. The device is related to augmented reality, which some technologists consider to be part of the future metaverse.

Microsoft is also the developer of the Xbox, the second most popular game console after the Sony PlayStation. But unlike the PlayStation, the Xbox has been conspicuously absent from the virtual reality gaming space.

If you are interested mostly in tech-related stuff then you can check out our blog for more articles and tutorials here.